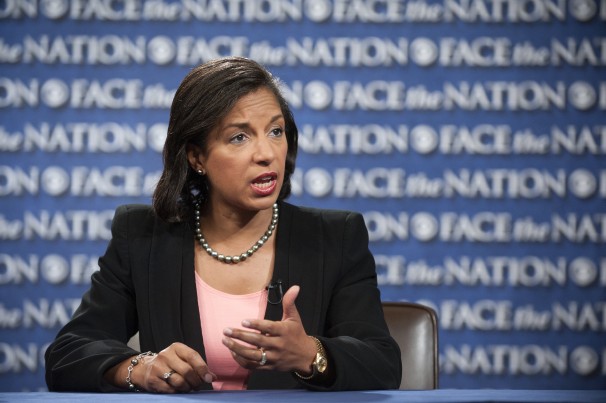 President Barack Obama’s National Security Adviser, Susan Rice, hinted on Friday that the United States was sending weapons to the Syrian rebels, when she said Washington was taking important steps in Syria by offering both “lethal and non-lethal” aid to the moderate opposition.

The comments were made in an interview Rice gave to CNN.

“The United States has been the single largest contributor of humanitarian assistance, providing over 1.7 billion dollars,” she said.

“That’s why the United States has ramped up its support for the moderate vetted opposition, providing lethal and nonlethal support where we can to support both the civilian opposition and the military opposition,” added Rice.

The comments appear to confirm recent speculations that Washington was ready to arm the Syrian rebels fighting to oust President Bashar Al-Assad.

Small-scale weapons aid and some military training has already been supplied to select rebel groups, along with “non-lethal” aid such as medical supplies and other equipment, but both Congressional caution and a hesitant White House have prevented anything further, mainly due to fear that the jihadist rebel groups would get their hands on any weapons.

A leading Syrian opposition figure recently said that western states could send desperately-needed arms to rebel groups in Syria “within weeks” and, last week it was reported that Obama is close to authorizing a military-led mission to train moderate Syrian rebels to fight the regime and Al-Qaeda-linked groups.