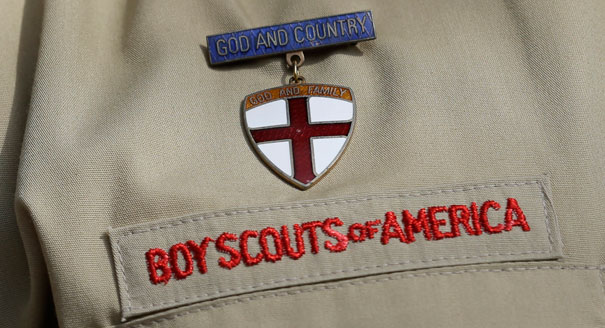 Attorney General Eric Holder said Tuesday that the refusal by the Boy Scouts of America to allow gay adults to be scout leaders “perpetuates the worst kind of stereotypes.”

In remarks for delivery to a gay rights organization, Lambda Legal, Holder said with the repeal of the US Military’s “Don’t Ask, Don’t Tell” policy, “courageous lesbian, gay, and bisexual individuals routinely put their lives on the line” in the armed services.

“If these men and women are fit for military service, then surely they are fit to mentor, to teach, and to serve as role models for the leaders of future generations.”

Holder said the Boy Scouts of America is “an iconic American institution.” But he said its policy is “a relic of an age of prejudice and insufficient understanding.”

Boy Scouts of America President Robert Gates, who helped oversee the demise of “Don’t Ask, Don’t Tell” when he was secretary of defense, told the Scouts’ annual meeting last month that while he personally favors a change, now is not the time to pursue it.

“I would have supported going further, as I did in opening the way for gays to serve in CIA and in the Military.” But, he said, re-opening the issue just a year after the organization agreed to admit gay children as scouts, “would irreparably fracture and perhaps even provoke a permanent split in this movement.“