Allen West is sick of being called an “Islamophobe” for telling the truth about Islam. On the heels of a surge in Muslim barbarianism and violence in Syria, Iraq, Nigeria, Kenya, and around the world, Allen West has something to say to his critics: 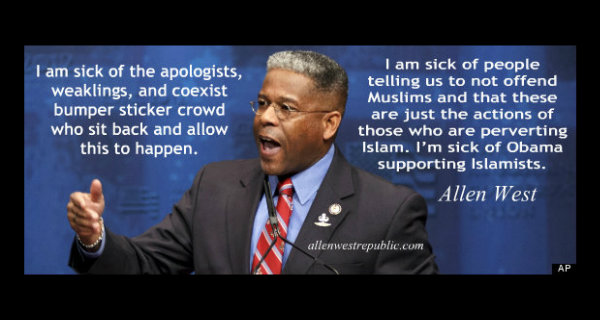 It’s come to a certain point where I don’t blame these savages anymore. I blame us. They sense weakness and only respect strength, power, and might.

You know what I’m sick of? I am sick of the apologists, weaklings, and coexist bumper sticker crowd who sit back and allow this to happen.

I am sick of people telling us to not offend Muslims and that these are just the actions of those who are perverting Islam.

I’m sick of us allowing this theocratic-political totalitarian ideology to infiltrate Western Civilization and turn our laws against us as they masquerade as a religion.

I’m sick of tolerance becoming a one-way street leading to our cultural suicide.

I’m sick of being labeled as an “Islamophobe” for speaking the truth.

I am sick of hearing we are not at war with Islam, yet their actions tell me that it has been and continues to be at war with us — Dar al Islam and Dar al Harb.

I am sick of an American Pastor, Saeed Abedini being held in Iran for being a Christian.

I am sick of a Sudanese Christian woman, Meriam Ibrahim, who is married to a naturalized American citizen and mother of two American children being held in a Sudanese prison because of her Faith in Jesus ( Yeshua ) Christ — sentenced to 100 lashes and death.

I’m sick of hashtag diplomacy and empty rhetoric as a response to Islamic terrorists kidnapping Christian Nigerian girls and burning boys to death.

I’m sick of reading about Christians, Assyrians, Chaldeans, Copts, being slaughtered by the so called “religion of peace” — what utter bovine excrement.

I’m sick of the Muslim Brotherhood and its affiliated groups operating freely in America and U.S. political officials allowing if not encouraging it.

I’m sick of CAIR being able to wield political influence in our country and censor women like Ayaan Hirsi Ali or Brigitte Gabriel who have suffered under the intolerant hands of Islamism — and hearing nothing from liberal deomocrat progressives who tout a “War on Women.”

I’m sick of people worrying about jihadists taken off the battlefield and held at a freakin’ five-star facility like GITMO with top notch medical treatment and cable TV while Americans captured by the enemy are brutally tortured, and ritually beheaded.

I’m sick of cowards who release the enemy’s leadership and try to convince the American people they are not a threat.

I’m sick of these Idiots believing they can taunt and threaten our nation while we sit back and fools like John Kerry talk about climate change being a global threat — and want to ask Iran for assistance in Iraq. Iran is the number one state sponsor of terrorism and has the blood of American troops on its hands.

Yep, I’ve had it and will be relentless in defeating Islamic totalitarianism. Sir Winston Churchill tried to warn England of the threat of Naziism — of course the country initially sided with Chamberlain. And so history is repeating itself. Warning to liberal progressive socialists: stand clear lest you find yourself declared an ally with these barbarians. 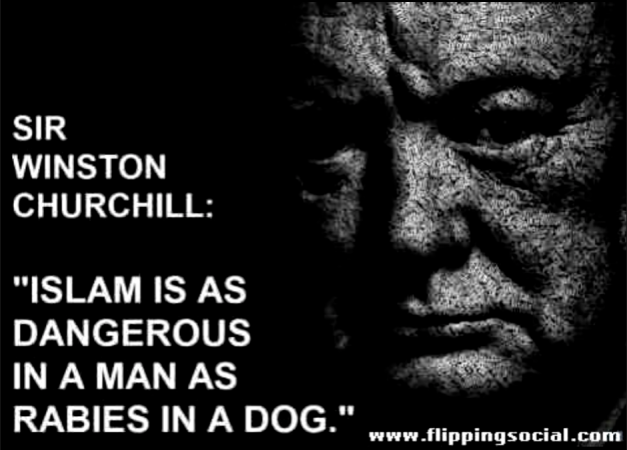 I am looking for brave Americans to enjoin this battle. This is not about killing them all, just killing the ones who need killing — since that is all they understand. 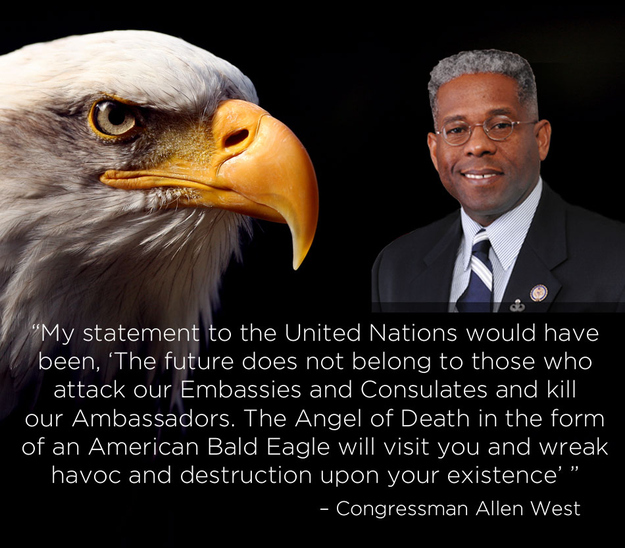