❤✝✡PRAY for Our Judeo-Christian Nation USA✡✝❤ 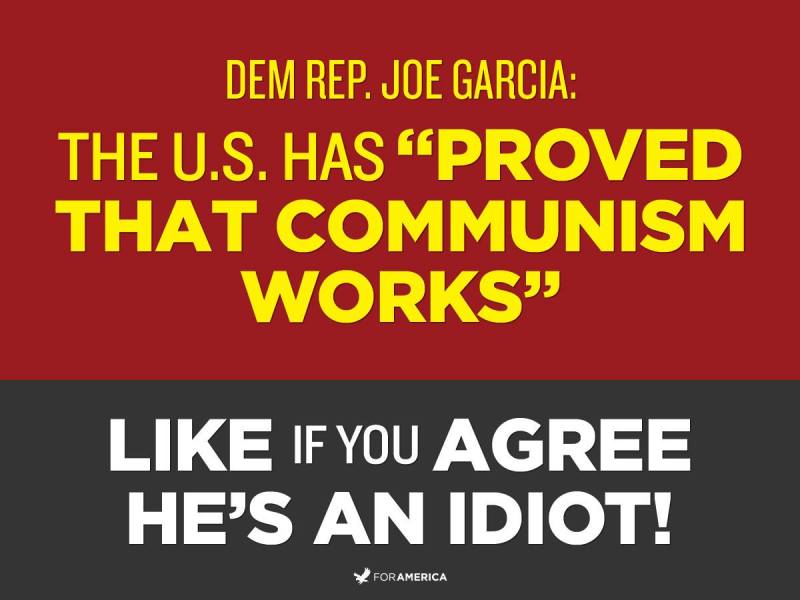 Democratic Florida Rep. Joe Garcia — fresh off being caught eating his own earwax on camera — was caught red-handed (or is it yellow-fingered?) in another gaffe this week, claiming that low crime rates in border cities with lots of federal immigration workers is proof that “Communism works.” 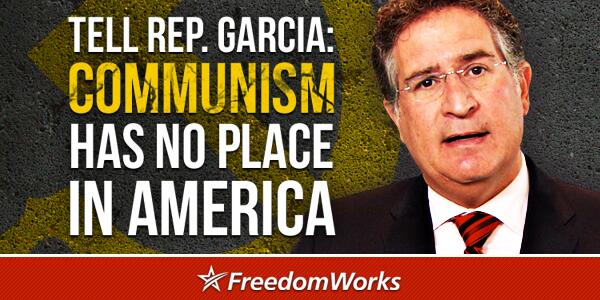 Garcia made the comment during a Google hangout he convened last week to talk about comprehensive immigration reform with supporters. The Democrat attempted to point out how, for all their talk about limited government, many Republicans are fine spending loads of government money on border security.

“Let me give you an example, the kind of money we’ve poured in,” he said. “So the most dangerous — sorry, the safest city in America is El Paso, Texas. It happens to be across the border from the most dangerous city in the Americas, which is Juarez. Right?”

“And two of the safest cities in America, two of them are on the border with Mexico,” Garcia continued. “And of course, the reason is we’ve proved that Communism works. If you give everybody a good government job, there’s no crime.”

“But that isn’t what we should be doing on the border,” he continued. “The kind of money we’ve poured into it, and we’re having diminishing returns.”

The video was uploaded to YouTube by the America Rising PAC, a Republican PAC founded in 2013 and dedicated to opposition research. It’s also the same group that originally uploaded Garcia’s earwax snafu.

Garcia, who is of Cuban descent along with many of his south Florida constituents, told the Miami Herald he never meant to espouse Communism — and was instead taking a tongue-in-cheek shot at his GOP opponents.

“This is an absurdity, accusing the son of Cuban immigrants of believing in Communism is just ridiculous,” he declared.

But Garcia’s district is already rated a toss-up by the Cook Political Report, and with their second attack on the congressman in a week America Rising clearly senses an opening in the south Florida district.

Coupling the “ew” factor of the earwax video with Garcia’s chirpy endorsement of Communism, Republicans now have a rather robust chest of opposition material to deploy in Florida this fall. 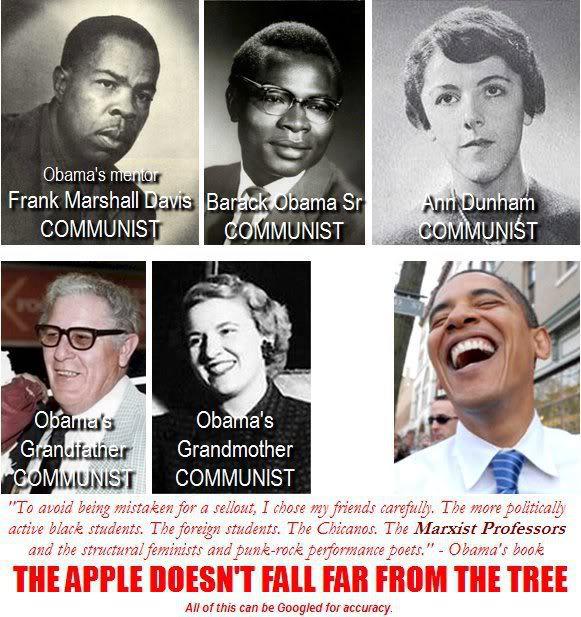 My son, fear thou the LORD and the king: and meddle not with them that are given to change: For their calamity shall rise suddenly; and who knoweth the ruin of them both?!!