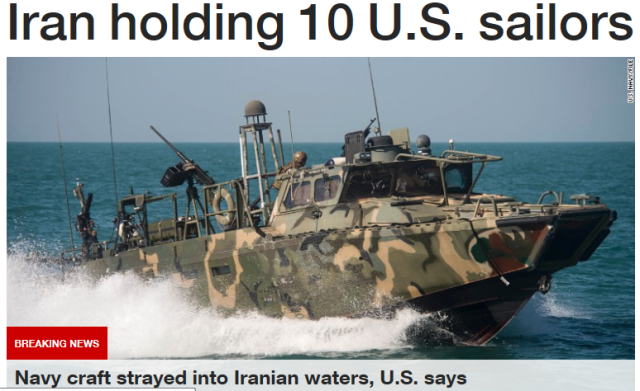 The official Iranian news service says the U.S. sailors have been “arrested.”

The White House is insisting that Iran’s actions suggest no hostile intent.

A few initial thoughts to this developing story: