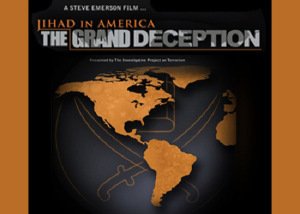 Having written numerous articles on the Muslim Brotherhood in the past few years, it has now become more important than ever to know that this satanic organization lies to America – lies to Europe – LIES to every country on whom they set their sites to deceive and dominate.

Radical Islam is NOT a Religion. It IS a Totalitarian political system, determined to dominate the entire world. Their clerics (imams) in their mosques deceive the world into believing that Islam is a respectable religion. Nothing could be further from the truth!

PLEASE MAKE TIME to watch this video. Set aside an evening to view it. And if you have liberal family or friends who might be open to watching this, you will be doing them a great favor. Some are so duped and will never believe anything other than what the mainstream liberal media feeds them: