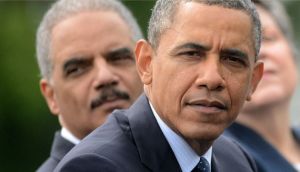 I have so much respect for Sharyl Attkisson, truly a superstar investigative journalist, for her bravery and hard work in exposing the scandals of Barack Hussein Obama. Readers of my articles know that I have written many pieces on Obama. Sometimes friends would ask me if I was afraid. I would laugh!  Who am I? I am not a world known and award winning journalist!  This lady is one brave woman!

How timely this article from wnd.com really is; President Trump has accused BHO of wire tapping and spying on him during the election.  And the CIA and FBI are also under suspicion for unethical and illegal practices during the Obama regime, which continues under the Trump administration.

Superstar reporter goes public with Obama’s creepy spying on her

It was one of those pictures which are so contrived that the eyes follow you about when you move. BIG…