Please Pray for Israel and our Christian Earth and USA!!

OBAMA CHEERS FOR ANOTHER 100 YEARS OF ‘SUCCESS’ FOR RETAIL BABY KILLERS PLANNED PARENTHOOD!!

In 2013, Marxist raised muslim Barack Hussein Obama became the first president to ever address Planned Parenthood, promising to stand with the abortion business against efforts to “turn back the clock to policies more suited to the 1950s than the 21st century.”

Planned Parenthood was founded on October 16, 1916 by eugenicist Margaret Sanger who worked to control the populations of blacks and others she believed to be “unfit.”

Planned Parenthood’s annual reports show a consistent decline in legitimate health care services, such as pap smears and sexually-transmitted disease treatment, reports Live Action News. The “nonprofit” abortion chain’s most recent IRS form 990 for 2014 shows that its president Cecile Richards’ salary and compensation jumped to $957,952, double the salary she made just three years ago. In 2011, Richards’ reported income was $420,153.

For a century, Planned Parenthood has made it possible for women to determine their own lives. Here’s to another .!!

Planned Parenthood takes in more than $500 million in taxpayer funding annually – as well as some $186 million in private and corporate donations – and now performs over 300,000 abortions per year in the United States.

PLANNED PARENTHOOD AND THEIR QUEST TO EXTERMINATE THE BLACK RACE:

Planned Parenthood is the largest abortion provider in America. 78% of their clinics are in minority communities. Blacks make up 12% of the population, but 35% of the abortions in America. Are we being targeted? Isn’t that genocide? We are the only minority in America that is on the decline in population. If the current trend continues, by 2038 the black vote will be insignificant. Did you know that the founder of Planned Parenthood, Margaret Sanger, was a devout racist who created the Negro Project designed to sterilize unknowing black women and others she deemed as undesirables of society? The founder of Planned Parenthood said, “Colored people are like human weeds and are to be exterminated.” Is her vision being fulfilled today?

In 2013, Barack Hussein Obama became the first president to ever address Planned Parenthood, promising to stand with the abortion business against efforts to “turn back the clock to policies more suited to the 1950s than the 21st century.”

“THANK YOU. GOD BLESS YOU,” THE OBAMA-NATION SAID TO PLANNED PARENTHOOD AND ITS SUPPORTERS AT A GALA EVENT CELEBRATING THE ORGANIZATION’S 100TH ANNIVERSARY. 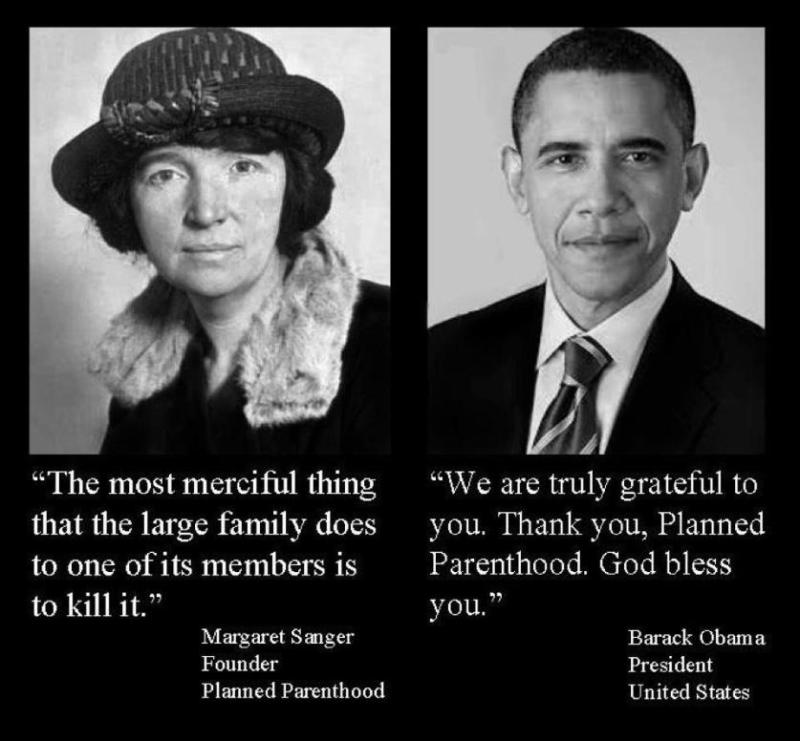 Consistent with its narrative that women need government protection in order to survive, Planned Parenthood has continually sought protection from the Obama  REGIME ( administration ) against states that have asserted their rights to redirect Medicaid funding away from Planned Parenthood and toward other federally qualified healthcare centers that provide more comprehensive services, but do not perform abortions.

The Obama REGIME ( administration ) has threatened states that have chosen to eliminate Planned Parenthood’s Medicaid funding, warning that such action could be a violation of federal law, punishable by cutting off of other federal aid. 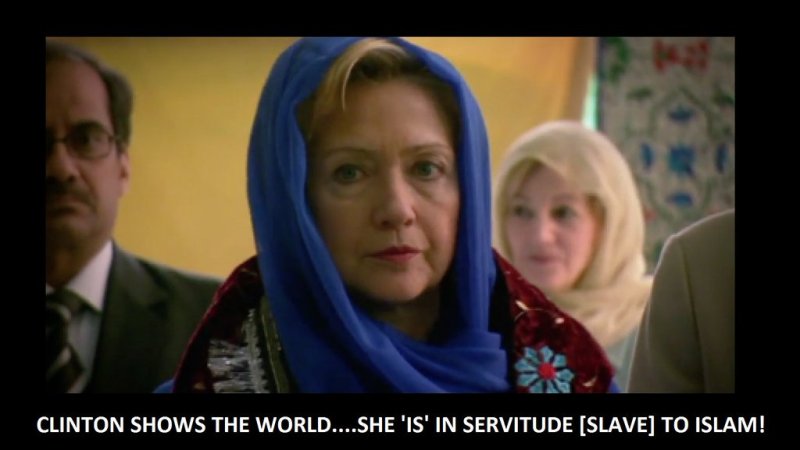 Planned Parenthood has endorsed Hillary Clinton for president, who has vowed to work to repeal the longstanding Hyde Amendment, which prohibits taxpayer funding of abortions. Clinton has said that unborn babies have no constitutional rights.Via: source!! and Now The End Begins!!

( John 15:9-10 KJV ) “As the Father hath Loved Me, so have I Loved you: Continue ye in My Love. If ye keep My Commandments, ye shall abide in My Love; even as I have Kept My Father’s Commandments, and Abide in His Love.”!!

United We STAND with Israel-Yisrael and our Judeo-Christian Nation United States of America, Divided We FALL!! STAND with ISRAEL-YISRAEL and USA NOW!!

Our GOD’S NAME is HOLY / RIGHTEOUS / WORTHY / PEACEFUL /  LOVING  and He is Hashem – Yahweh – YHWH – Elohim – Hosanna – Jehovah – Emanuel-Elijah – El Shaddai, and HE LOVES us through HIS SON Yeshua – Jesus Christ!!

( Genesis 12:2-3 KJV ) “And I Will Make of thee a Great Nation, and I Will Bless thee, and Make thy name Great; and thou shalt be a Blessing: And I Will Bless them that Bless thee ( Israel and USA ), and Curse him that Curseth thee: and in thee shall all Families of the Earth be Blessed.”!!

There is  Only ONE GOD the FATHER who art in Heaven, ONE SON ( Yeshua-Jesus Christ ), and ONE HOLY GHOST ( HOLY SPIRIT ) – They’re all THREE in ONE!!

Please Pray for the Holy Land of Israel-Yisrael and our Judeo-Christian Nation United States of America, Everyday ( 1 Thessalonians 5:17 KJV )!!

Jesus ( Yeshua ) Christ  is KING of kings and LORD of lords, HE is the ALPHA and OMEGA, HE is the FIRST and the LAST, HE is the BEGINNING and END!! Glory Glory Hallelujah, Maranatha, and He Loves  You All, Amen–Amein!!